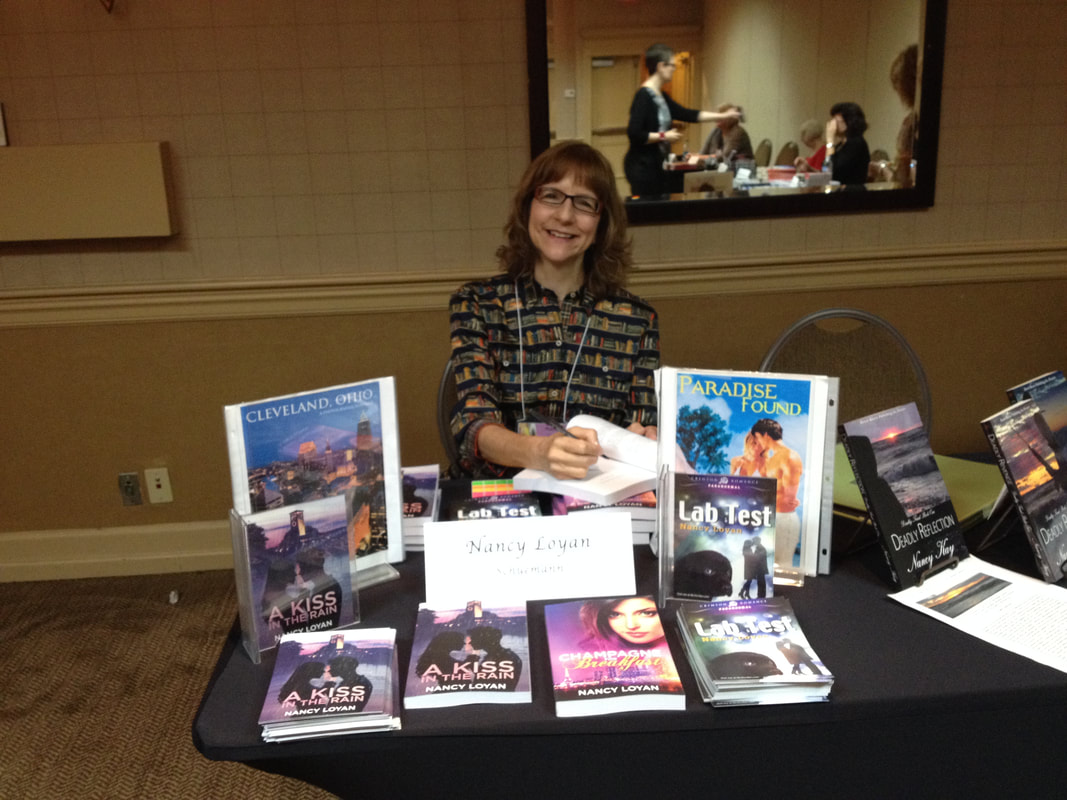 Purveyor of the written word, Nancy Loyan  has been writing, ever since she began composing picture books for fellow students in elementary school. During the past twenty-five years, she has pursued writing professionally. She has covered the gambit, from penning history books on Cleveland, Ohio, to writing for local, regional and national publications, specializing in construction, architecture, design, profiles, histories, antique safes, science and Middle Eastern dance.

A graduate of John Carroll University, Nancy holds a BSBA in marketing.  She also holds Associate degrees from Cuyahoga Community College in marketing and business management.

Nancy was commissioned to write and coordinate publication of a local history book,
On the Threshold of a New Century: The City of South Euclid, 1967-1999.  In 2008, Nancy was selected to research and write the narrative of an upscale coffee table book, Cleveland, Ohio: A Photographic Portrait, published by Twinlights Publishing out of MA, a local bestseller.

Nancy loves to write fairy tales for adults, that unlock the barriers to love.

In Spring, 2011, her first novel, Paradise Found, multicultural women’s fiction set in the exotic Seychelles Islands, was published. After, she had five women’s fiction/romance novels published with Crimson Romance (now a division of Simon and Schuster): Lab Test, Wishes and Tears, The Right Combination, Hearts of Steel and Special Angel. She has since regained the rights and has republished several of these titles. Her first foray into self-publishing was her historical women’s fiction novel, Champagne for Breakfast. Her novels, A Kiss in the Rain and A Cloud Over the Sun are set at the esteemed Chautauqua Institution in New York State, where she has taught writing, and has spoken before its Literary Circle. In 2015, her novel was featured in the Chautauqua Bookstore, where she held a successful book signing in the famous Author’s Alcove.  She was interviewed for an article in The Chautauquan Daily newspaper and was a guest on WJTM-Jamestown, New York radio.

She subsequently published a speculative science fiction novel, Afterlife, and wrote a stand-alone sequel to Lab Test, creating the Animal Attraction Series. Her novella, Giraffe-d, is part of that series,

During the Covid pandemic, she wrote and published six novels. He suspense, A Cloud Over the Sun, set at the Chautauqua Institution, is a stand-alone sequel to A Kiss in the Rain, and part of the CHQ Series. She also wrote a small-town dance series, Pharaoh’s Daughters (Dancing to a Different Drummer, Dancing in the Dark, Dancing on Air). She also completed a stand-alone sequel in the Animal Attraction Series, Mouse-Trapped. She also wrote a political suspense, Trophy.

Nancy also has instructed writing for the Cuyahoga County Public Library system and the Shaker Arts Council. She has had numerous speaking engagements and book signings. In 2017, she was interviewed on a local cable television show, Cable 9’s “Mind, Body, Spirit.”

When not writing, Nancy teaches Middle Eastern dance as “Nailah.” She has incorporated dance and writing into a contemporary, small-town series, Pharaoh’s Daughters (Dancing to a Different Drummer, Dancing in the Dark, Dancing on Air). She enjoys traveling the world, and shares her life with her husband and English Pointer.

Nancy is very active on social media. She has an author page (Nancy Loyan), a dance page (Nailah) on Facebook. She is also active on Goodreads, Twitter, LinkedIn, TikTok and Pinterest.